Posted at 16:51h in More Than a Call Center, News from Centrinex by interactive@smallbusinessmiracles.com

Centrinex, a national call center headquartered in Lenexa, Ks., proudly announces international soccer superstar and Kansas City Current goalkeeper, Adrianna (AD) Franch, as the company’s spokesperson. In this role, the 31-year-old will reflect the diversity- and career-focused work culture at Centrinex, encouraging others to reach for their career goals and personal best with an employer who values talent. 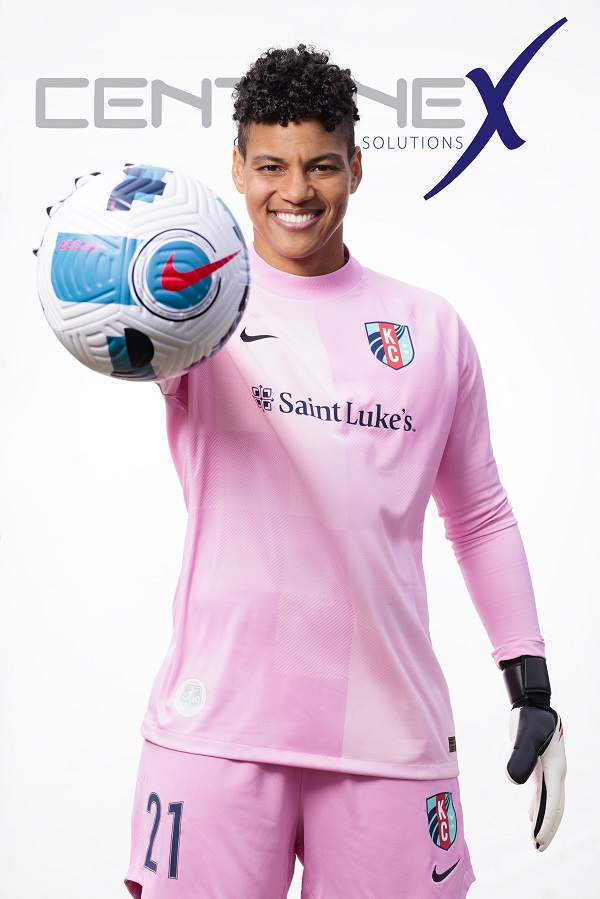 Franch grew up in the small town of Salina, Ks. She was 10 years old when her mother bought a home through Habitat for Humanity that she and her mom helped build. One of three children, Franch participated in YMCA sports, finding her stride in basketball and soccer. She played both sports in high school and earned the goalkeeper position at Oklahoma State University (OSU). At OSU, Franch set the record for shut-outs with 36—the sixth most in NCAA history. She was the first OSU player to make the U.S. Women’s National Team. Franch is the only player to ever win the NWSL Goalkeeper of the Year award twice in 2017 and 2018, respectively. In 2019, she played in the SheBelieves Cup and won the Women’s World Cup with the U.S. Women’s National Team, and the following year (2020) was a bronze medalist in the Olympic Games held in Tokyo.

This spring in between home and away games, Franch will be shooting and recording material for print, media, digital and streaming employment recruiting campaigns for Centrinex. The advertising campaign will run for one year. In addition, Centrinex is now a proud partner of Franch’s current team, Kansas City Current.

Bart Miller, chief executive officer and owner of Centrinex shares, “We are proud and honored to welcome AD to the Centrinex team. Her drive, genuineness and confident spirit is aspired to and admired by so many people. She rises to the challenge in all aspects of life and her determination to do her best is seen all over the world. AD exemplifies leadership and teamwork simultaneously, which aligns perfectly with our call center culture and the type of person who excels quickly at Centrinex.”

AD was quoted saying, “People are what make a home” when discussing how putting in the hours with her mom and other volunteers to get their first home was a turning point. She also understands that determination and hard work are needed to succeed, but is quick to point out that you also need people. Of all Franch’s victories on and off the field, her belief that the people you surround yourself with guide the direction you go is perhaps the strongest connection between her and Centrinex.

“Not everyone can be an international soccer star. Not everyone is college bound. And, some must work their way through college. Our executives and management team strive to hire people who support others’ goals. Whether applicants would like a well-paying job with tuition reimbursement and benefits or have no college plans, but do have the talent and drive to move from entry level jobs to management careers, Centrinex has the people in place to guide them in the right direction,” explains Bart.

If you’re ready to work at a company where your skills are valued, join us. Explore job openings at Centrinex today.